In view of the upcoming Emperor's Birthday, I would like to offer a few words of greeting.

I would like to express my sincere congratulations to His Majesty the Emperor of Japan on his 61st birthday on February 23rd. All of us at the Embassy of Japan in Luxembourg would like to extend our heartfelt felicitations on this auspicious occasion.

With the accession of His Majesty the Emperor to the throne in May 2019, we entered the era of “Reiwa”. In October of the same year, we had the honour of welcoming His Royal Highness Grand Duke Henri to the Ceremony of the Enthronement. With the Ceremony for Proclamation of Crown Prince in November last year, the series of ceremonies for the Imperial Succession were all completed.

Since the beginning of last year, the spread of the Novel Coronavirus has caused various restrictions, including on the activities both at home and abroad of the Imperial Family, which is always with the people and wishes for world peace.

In these circumstances, His Majesty the Emperor expressed his condolences for those who have lost their lives to the Novel Coronavirus in the New Year's video message delivered alongside Her Majesty the Empress, and expressed his appreciation for the efforts of medical and health personnel, as well as his concern for those who are encountering various difficulties. He conveyed his hope that people will be able to help and support each other as they move forward. As an Emperor who wishes to be in broad contact with all people, he said that he is looking forward to the day when this pandemic is over and he can meet people face to face again.

The Emperor's Birthday Reception at the Japan Embassy of Luxembourg will not be held this year in consideration of the Luxembourg government's measures to prevent the spread of the disease. I would like to nonetheless share His Majesty's sentiments with all of you again and offer my best wishes for the prosperity of the Imperial Family.
OKUYAMA Jiro
Ambassador of Japan to the Grand Duchy of Luxembourg 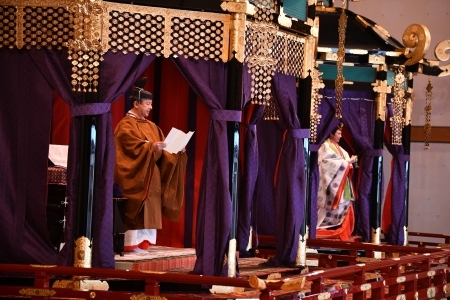 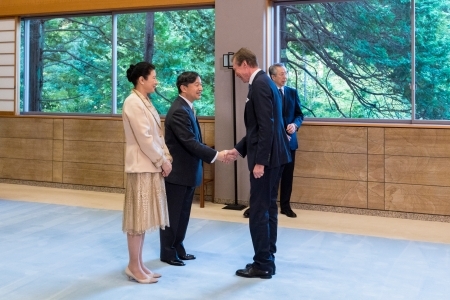 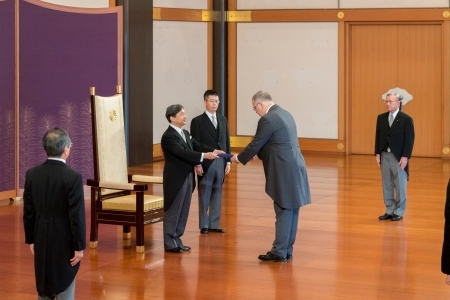 His Excellency Mr. Pierre Ferring, Ambassador of the Grand Duchy of Luxembourg to Japan, presenting his credentials to His Majesty the Emperor