COURSE DESCRIPTION:
Japan is a country that cultivated close relations with both, Trump and Biden administrations – the US remaining an important ally in Asia. During the Trump era, the US adopted the Free and Open Indo-Pacific (FOIP) initiative, which was originally conceived by former Prime Minister Shinzo Abe. Despite the shift in policies – President Biden turned over 17 Trump policies through executive orders on Inauguration Day – the new Biden administration appears to continue to implement the FOIP initiative.
In Asia, we are witnessing a change in power balance that is gradually moving from the United States and its allies and shifting towards China, leading these two superpowers to struggle for regional and global primacy.
Together with the US and likeminded actors, Japan is increasing its efforts to maintain the regional stability and order, which is continuously challenged by a progressively assertive China. Japan’s approach towards China does not reflect a simple-minded, old containment policy. On the contrary, Sino-Japanese economic relations continue to operate despite China’s assertive territorial challenge.
Tsuneo Watanabe, who spent 10 years researching Asian security issues at the CSIS (Center for Strategic and International Studies), a US thinktank, will discuss Japan’s strategic rationale for the FOIP as a contribution to international peace, stability and prosperity in the era of US-China rivalry.

LECTURER:
Tsuneo “Nabe” Watanabe is a senior fellow of the Sasakawa Peace Foundation, an independent policy research organization in Tokyo. In October 2016, Watanabe joined the Sasakawa Peace Foundation after serving as senior fellow and director of foreign & security policy research at the Tokyo Foundation from 2009 to 2016. He served as senior fellow at the Mitsui Global Strategic Studies Institute in Tokyo from 2005 to 2009. In 1995, Watanabe joined the Center for Strategic & International Studies (CSIS) in Washington, D.C. where he served as visiting research scholar, research associate, fellow and senior fellow until 2005. He is currently adjunct fellow of the CSIS Schedule.
His publications include:
“The World Order after 2021: 20 Angles of the International affairs” [in Japanese] (Shinchosha, 2020)
“Asia Pacific Countries and the US Rebalancing Strategy” [co-authored with David W.F. Huang et.al.] (Palgrave Macmillan US, 2016)
“NATO and Asia Pacific” [co-authored with Alexander Moens and Brooke A. Smith-Windsor et.al.] (NATO Defense College, 2016)
“Are the US and China Trading Places in 2025: History Tells the Truth of the US-China Relations” [in Japanese] (PHP Research Institute, 2011)

Watanabe received his D.D.S. from Tohoku University in Japan and his M.A. in political science from the New School for Social Research in New York. 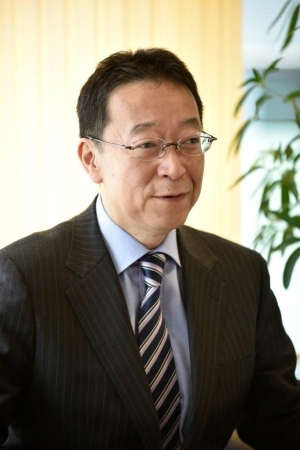